Oh, his defiled robe is not of silk,
Nor does he have on his finger a golden ring,
He has a small shack and a cow to milk,
His heart was never bothered by any proud king.

Under the filthy rags lies great honor,
A spirit for every poor man, woman and child,
He never wished to become an owner,
Because everything he has belongs to the Wild.

By Nature, to the People it belongs,
And the prince said: “Oh, if only I could give more!”,
He could not be restrained by foolish laws,
And thus, he wished to open for Freedom the door.

But oh, greed has poisoned the proud king’s soul,
Like an evil root, it goes deep into the core,
He ordered his troops – they pillaged, they stole,
Until the poor were ransacked, and had nothing more.

The prince’s eyes could not bear to see this,
He stood next to a flaming shack and spoke this way:
“This land has become a hateful abyss,
You, soldiers, have come to your people only to slay!

What has happened to the great bravery?
The hearts, that were meant to protect us, the People,
Now you act in the name of slavery,
And you throw us into chains under the steeple.”

And then, a pike has risen from the crowd,
Heading directly towards the unwarned speaking prince,
Evil laughter set up to reach the cloud,
And nobody heard the prince speaking ever since.

On the ashes of his home, lies his grave,
Maybe he was a prince, maybe he was a boor,
What we know: he died free and not a slave,
Oh, rest in peace, Anarchy – great prince of the poor. 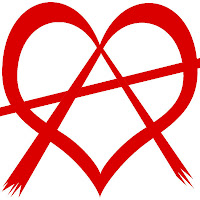